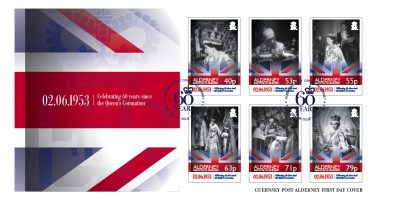 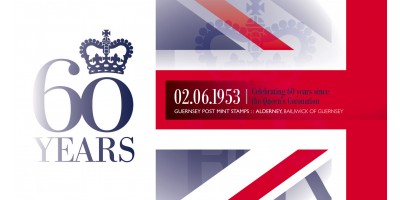 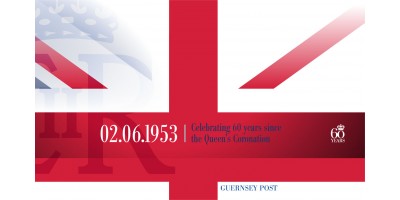 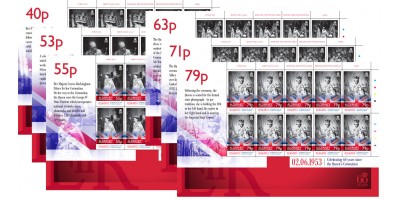 We are delighted to commemorate the 60th anniversary of  The Queen’s Coronation in June 1953 with a set of stamps depicting events from that very special occasion. Here are some interesting facts about coronations, and the day itself…

For many hundreds of years the crowning of a new sovereign has taken place at Westminster Abbey but, before the Abbey was built, coronations were carried out in other places such as Oxford and Bath.

Before the Queen’s Coronation in 1953, Westminster Abbey was closed for five months in order to undergo a transformation for the ceremony.   One of the key changes was the addition of the annexe at the west end of Westminster Abbey. This provided the necessary space for the processions to form and disperse unseen by the crowds.

Queen Elizabeth II was the 39th Sovereign to be crowned at Westminster Abbey.  She is also the sixth Queen to have been crowned at the Abbey in her own right.

The Queen’s Coronation dress was made of white satin embroidered with the emblems of the United Kingdom and the Commonwealth.

Made by Norman Hartnell, the dress featured short sleeves and a full, flaring skirt, whilst the neckline was cut square over the shoulders, before curving into a heart-shaped centre. The dress’s beautiful embroidery in gold and silver thread and pastel-coloured silks was covered with seed pearls and crystals creating a lattice-work effect.

Prince Charles made history when he became the first child to witness his mother’s coronation as Sovereign. He received a hand-painted children’s invitation to the Coronation.

The 1953 Coronation service was the first service to be televised.  Over 20 million people in Britain watched the ceremony on TV and 11 million listened on the radio (the population of Britain was then just over 36 million.)

The Queen’s return to Buckingham Palace was designed so that the procession could be seen by as many people as possible. The 7.2 kilometre route took the 16,000 participants two hours to complete.