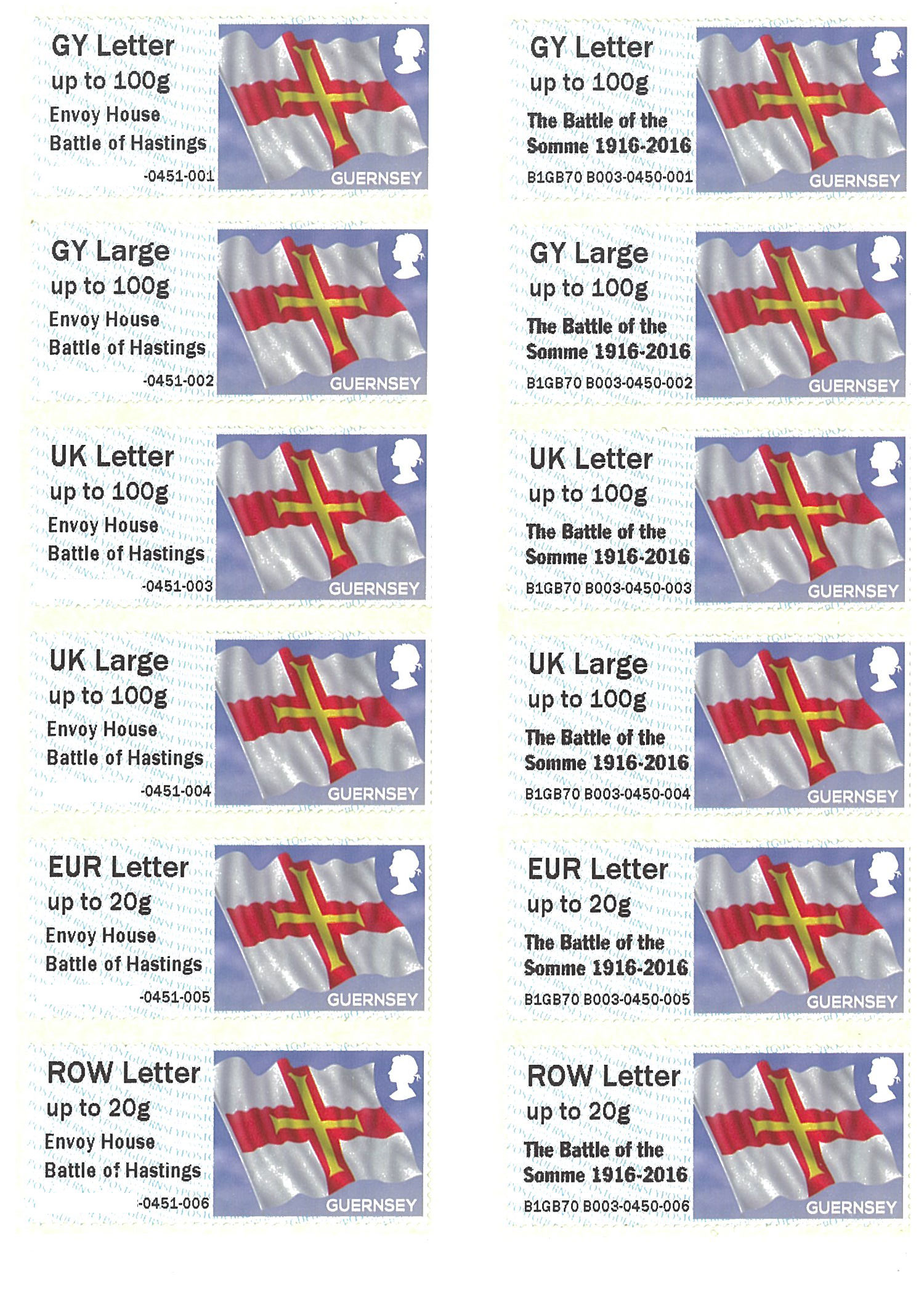 Guernsey Post announces that the third overprint to appear on a Guernsey Post & Go GG01 Guernsey Flag stamp in 2016 will mark the 100th anniversary of the Battle of the Somme.

Guernsey Post’s exhibition kiosk, powered by Royal Mail, will vend its stamps at the Stampex exhibition (14-17 September at the Islington Design Centre, London) with an overprint that will read: The Battle of the Somme 1916-2016.  From 14 September, a ‘B Series’ will be available to purchase from Guernsey Philatelic Bureau.

The Battle of the Somme was a huge assault, which began on 1 July 1916 on German defences near the Somme River in Northern France by British, Commonwealth and French forces. On the first day alone the British had lost over 57,470 men, the heaviest ever suffered in a single day by the British Army. The offensive continued until 18 November, with enormous loss of life on both sides.

1066 is arguably the most important year in England’s history. The death of King Edward the Confessor 950 years ago unleashed a contest for the crown of England, including a pivotal battle near Hastings. Following victory, William I ‘The Conqueror’ marched to London and his coronation took place on Christmas Day in 1066 at Westminster Abbey.

All Post & Go stamps carry identification numbers unique to the kiosk and a session number indicating where and when the stamps were issued. All our Post & Go stamp products, including the First Day Cover and Presentation Pack issued in February 2015, are available to purchase by visiting www.guernseystamps.com or by contacting Guernsey Philatelic Bureau on 00 44 (0) 1481 716486.

The Post & Go kiosk is located in the reception area of Envoy House, opposite the main office reception desk.
Available to buy in strips of six for £3.70, the stamps vend in the following values: