In celebration of The Royal Birth 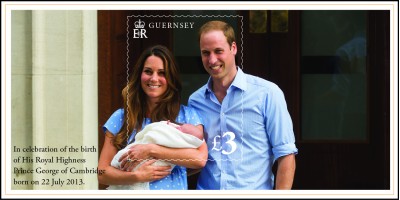 A small sheet containing one stamp set against an illustrated background. This sheet contains a picture of The Duke and Duchess of Cambridge standing outside the hospital with HRH The Prince of Cambr.. 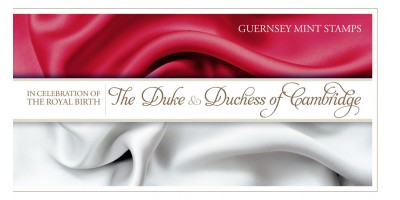 After his grandfather, Charles, Prince of Wales, and his father, Prince George is third in line to succeed his great-grandmother, Her Majesty Queen Elizabeth II.

He could choose to become King George VII when he eventually takes the throne.  This would follow a long tradition dating back to German-born George I, the first Hanoverian King of Great Britain, who acceded to the throne in 1714.

The last was the Queen's father George VI who died in 1952 but was known to his family as Bertie.  He was christened Albert but monarchs are allowed to choose a name under which to rule.  He chose George in honour of his father, George V.  It is widely thought that it was also to create the impression of stability after the scandal caused by the abdication of his brother, Edward VIII.