The Life of Winston Churchill 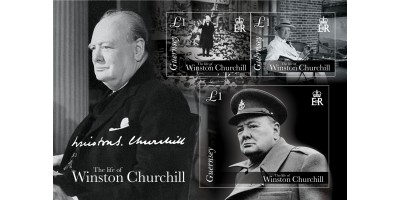 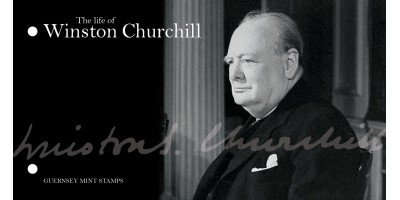 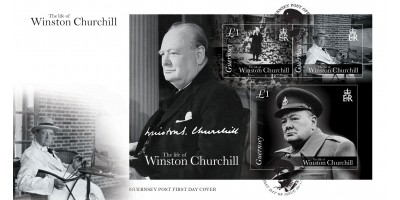 The Philatelic Bureau offers a first day cover service in respect of all stamp issues. A set of stamps is affixed to an unaddressed, specially designed envelope and it is cancelled with a specia..

We are delighted to celebrate the life of politician, celebrated orator, painter and respected author Winston Churchill, 50 years following his death.

Few would argue that Churchill enjoyed a most fascinating life.  From his birth at Blenheim Palace in Oxfordshire on November 30th, 1874, to his death at Hyde Park Gate in London on January 24, 1965, his life was one of action, controversy, setback and achievement.

Churchill’s ability to inspire was perhaps best displayed in the opening days of World War II. He had a ‘can-do’ attitude, and would not contemplate discussions of reasonable terms with Adolf Hitler.

During the War the Channel Islands were the only part of the British Isles to be invaded and occupied by German forces. Then, after five long years, on 8 May 1945 at 10 o’clock, the people of Guernsey were informed by the German authorities that the war was over. Churchill made a radio broadcast at 3pm and announced that:

'Hostilities will end officially at one minute after midnight tonight (Tuesday, May 8)........and our dear Channel Islands are also to be freed today.'