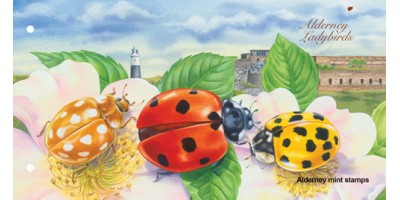 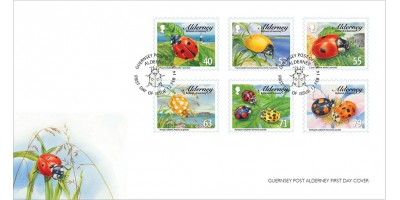 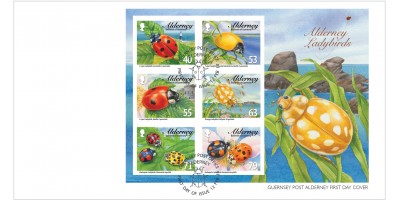 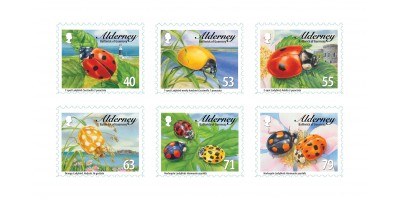 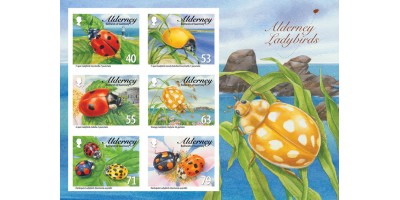 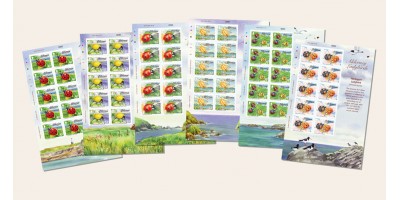 For the past six years we have produced stamps which depict some of the fascinating invertebrates to be found in the tiny yet diverse island of Alderney.

The ladybird is the last subject in our invertebrates series and, as with all our invertebrates issues, it has been beautifully illustrated against the landscape of Alderney by renowned artist Petula Stone.  Probably the most familiar of all beetles, there are over 5,000 species occurring worldwide. In Alderney, the familiar 7-spot is the most common, followed by the 2-spot and the Orange species.  Also found in the island but to a lesser degree is the Harlequin, which is a recent colonist originating from Asia.