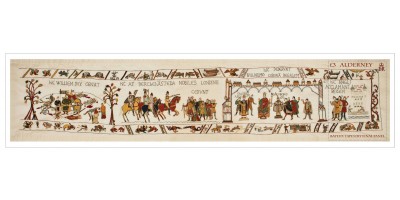 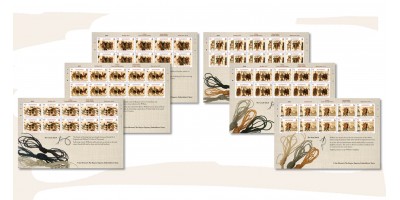 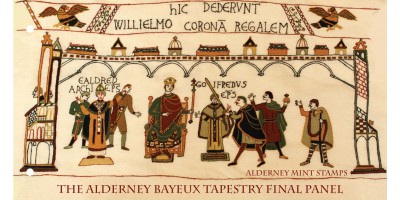 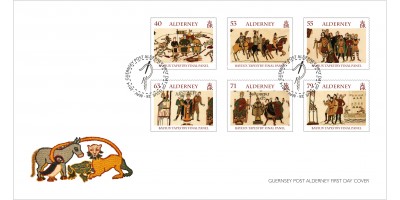 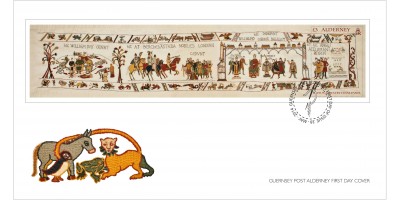 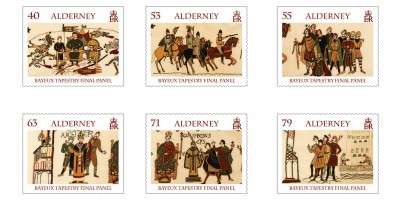 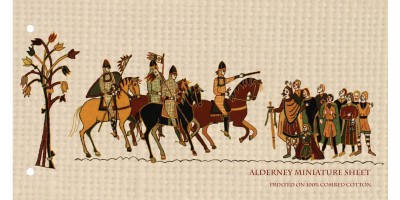 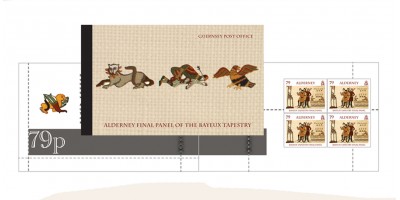 It measures just less than 3 metres in length – so somewhat different in size to the original Bayeux Tapestry, which is almost 70 metres. Yet Alderney’s unique answer – and plausible conclusion - to the closing scenes of the Bayeux Tapestry has generated media interest from around the world, as well as having had a huge impact on the people involved in this remarkable community project – perhaps none more so than the project’s creator, Kate Russell.

A replica of Alderney’s Final Panel is depicted on the Miniature Sheet. This has been printed onto cotton, which we believe has never been done by any other postal administration in Europe.

Complementing the Miniature Sheet are six stamps which depict various scenes from Alderney’s Final Panel, including William dining with family members following his victory at the Battle of Hastings; the nobles of London submitting to his rule; William’s coronation at Westminster Abbey on Christmas Day in 1066; and the outline for the construction of the Tower of London, which is to be built using the famous white stone that William imports from Caen.

With special thanks to Jan Messent whose book The Bayeux Tapestry embroiderers' story provided inspiration for the project.