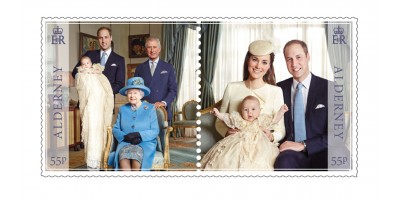 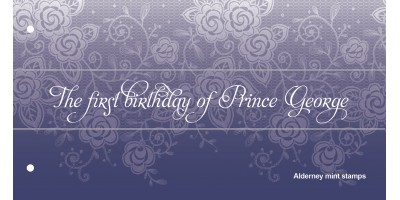 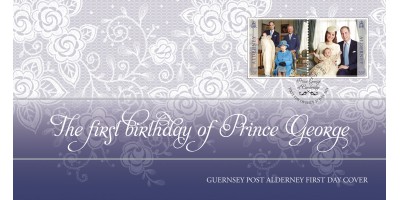 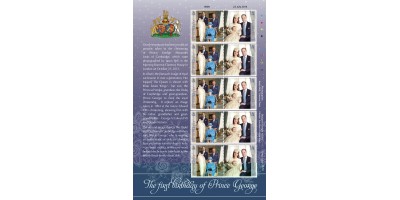 Following many months of excitement and anticipation of the birth of a future King or Queen, His Royal Highness Prince George of Cambridge was born on 22 July 2013. To celebrate the important milestone of Prince George’s first birthday, Guernsey Post’s se-tenant pair features official photographs from the royal christening.

The son of the Duke and Duchess of Cambridge, George Alexander Louis is third in line to the throne.  His christening, a small, private family affair, took place on October 23rd 2013.

Jason Bell, a British-born, award winning photographer, was chosen by the Royal parents to take the official christening portraits and the historical significance of the official christening photographs cannot be underestimated. The image shown on the left of the se-tenant pair depicts Her Majesty The Queen with her son the Prince of Wales, her grandson the Duke of Cambridge and her great-grandson Prince George of Cambridge. This is the first time a reigning monarch has been photographed with three future heirs to the throne since Queen Victoria was photographed in 1894 with her son, grandson and great-grandson the future King Edward VIII.