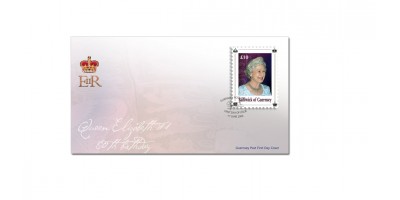 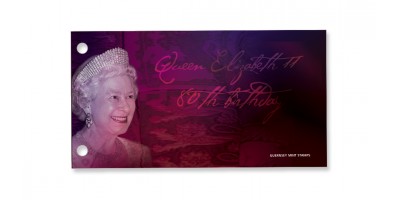 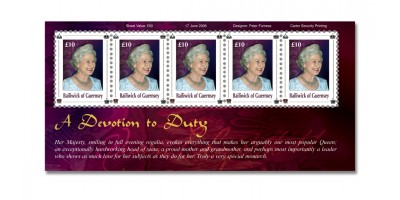 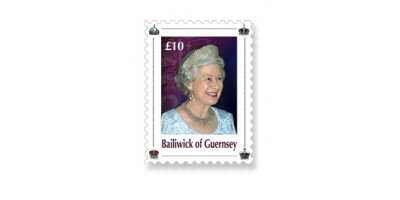 When England’s King John lost Normandy to King Philip Augustus of France in 1204, Guernsey made the decision to shift its allegiance to England. Since then, the island has had a particularly strong bond with the Crown; most evident in its special relationship with Queen Elizabeth II. The Queen has made several memorable visits to the Bailiwick. In 1949, at the age of 23 years, Princess Elizabeth first visited Guernsey and officially opened The Princess Elizabeth Hospital. In 1957 the Queen returned - her first trip there as ruling monarch. She visited again in 1978, 1989 and 2001. The most memorable visit took place on Monday 9 May 2005, when Her Majesty joined islanders to celebrate their 60th year of liberation from occupying German forces. The occasion of the 80th birthday of Her Majesty The Queen is honoured by a single £10 definitive featuring a variety of print techniques to include embossing, foil and microprint.