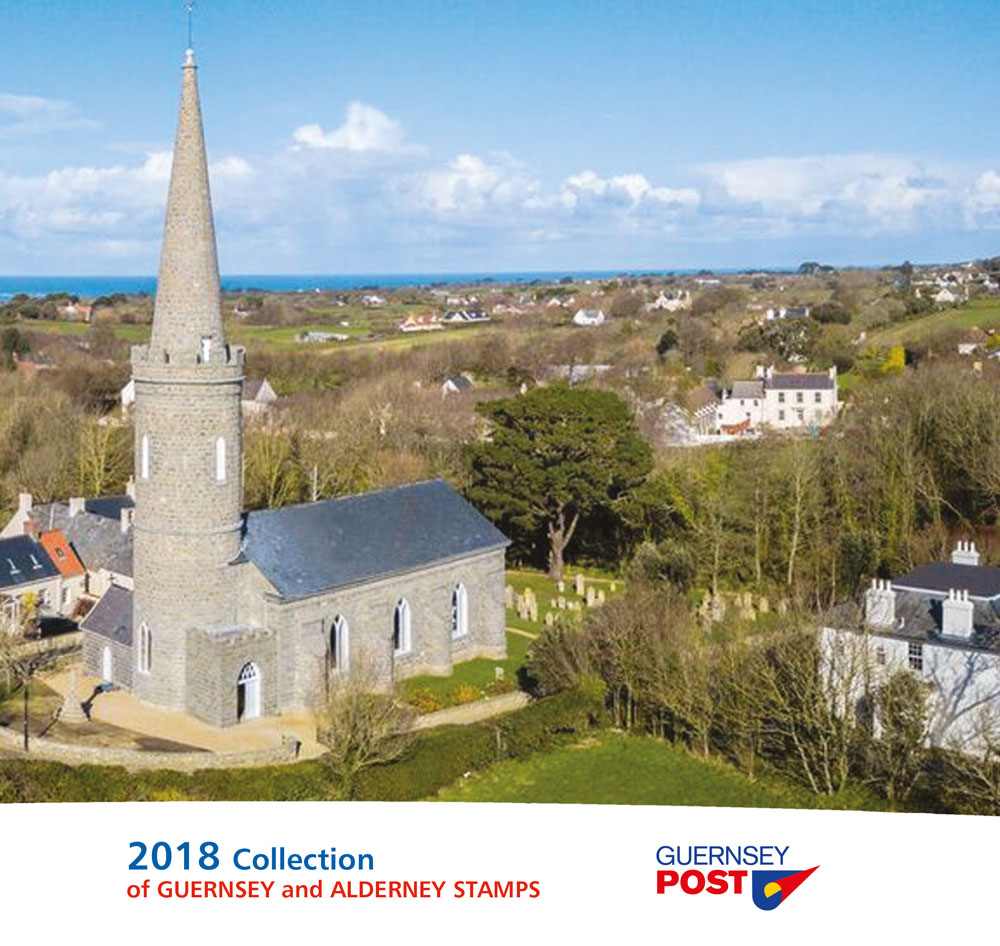 Guernsey Stamps is delighted to announce the publication of its 2018 Yearbook, which features its entire collection of Guernsey and Alderney stamps released this year.

The Yearbook includes the fifth installment of the bureau’s ever-popular Lunar New Year series with stamps depicting the Year of the Dog. February also saw the release of stamps to mark the 50th anniversary of the publication of the first book in The Wombles series, given the Alderney connections to its author, Elisabeth Beresford.

In what is thought to be a philatelic first in the British Isles and possibly beyond, for Sepac’s chosen theme Spectacular Views Guernsey’s philatelic bureau commissioned a young Guernsey-based photographer known as The Drone Ranger, who captured striking aerial shots of Guernsey taken by a drone. The bureau also issued Europa stamps based on PostEurop’s chosen theme of Bridges.

The Yearbook also contains Guernsey’s Royal themes for 2018, comprising a celebratory stamp issue to mark the occasion of the marriage of Prince Harry and Meghan Markle, the 65th anniversary of The Queen’s Coronation and the 70th birthday of The Prince of Wales.

This year is the centenary of World War I and the bureau released the final stamps in its landmark five-year series commemorating the Bailiwick’s Stories from the Great War. The fifth set of stamps depicts some of the memorials created to commemorate islanders who died during the campaign.

Completing this year’s programme are the bureau’s festive stamps which depict two classic Christmas tales for Guernsey and Alderney - The Nutcracker and the Mouse King written by renowned German author E.T.A. Hoffmann and Charles Dickens’ much loved tale A Christmas Carol.

Guernsey Post’s head of philatelic, Bridget Yabsley said: “Our beautifully presented Yearbook is published in full colour and bound into a high quality hard backed cover. It contains this year’s complete set of stamps, including miniature and souvenir sheets, which are provided separately so they can be mounted into the book at leisure. The Yearbook is priced at £70.84, which is the precise value of the stamps it contains and makes a wonderful gift all year round.