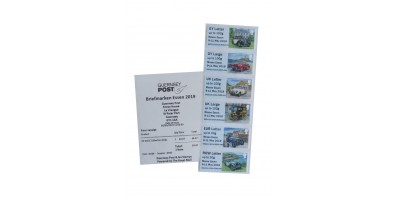 We are launching our next Post and Go pictorial issue and are delighted to celebrate the 50th anniversary of the Guernsey Old Car Club LBG.

We are particularly delighted that our presentation pack features the cars that appear on a photograph taken at the Club's inaugural Meeting.

During thew German occupation of the Channel Islands most vehicles were requisitioned. Some were used by the German high command but many were sent to the European mainland for use there, or for scrap in order to help the German war effort.

Today the active Guernsey Old Car Club offers an eclectic collection of vehicles and we are delighted to mark its 50th anniversary with our stamps.